Soon after their arrival, the sisters opened a boarding and a day school for young girls. As well as teaching a wide variety of subjects, the sisters nurtured especially the faith of pupils.

The beginnings were tough. The heat was difficult to bear in the religious attire of the time:  black serge habits. There were also financial constraints.

The community was, on one hand affected by departures and death and on the other hand, blessed with new vocations. M Camilla and Sr M de Chantal, returned to Ireland in May 1846, only a few months after their arrival in Mauritius. However, in November 1846, Josephine Deville, the first Mauritian sister, joined the group. But within two years, death claimed the lives of two young Irish sisters, Raphael Ryan and Nativity Murtagh. Providentially, more local vocations entered in the following years before other Irish missionaries arrived later.

Nowadays, the mission is carried out by a group of 22 sisters and many lay collaborators. Sisters reside in five communities spread across the island: they share life and prayer together as companions on the journey. Some lay collaborators expressed a desire to share the spirituality and charism of Loreto by becoming “Friends of Mary Ward,’’ a group now in its infancy but with promises of further growth.

The Loreto sisters in Mauritius are still very much involved in education. They manage seven secondary schools and two primary, with the help of committed lay collaborators. A continuous course in our charism and spirituality with the help of a Jesuit and a team of sisters and lay colleagues care for the formation of the teachers. Faith and intercultural dialogue, care of the earth and concern for the needy are at the heart of the mission of the schools.

The Loreto Institute runs two spirituality centres where retreats, reflection days, formation in Ignatian spirituality and in our charism take place regularly for both adults and youth groups. Retreats for other faiths are also held in the centres. A well-equipped Mediathèque with up to date literature supports retreats and ongoing reflection.

While there is a small number of sisters in the province, we are active and lively.

We pray to Teresa Ball who sent out our first sisters, and to Mary Ward our inspiration to intercede for vocations for our Province. 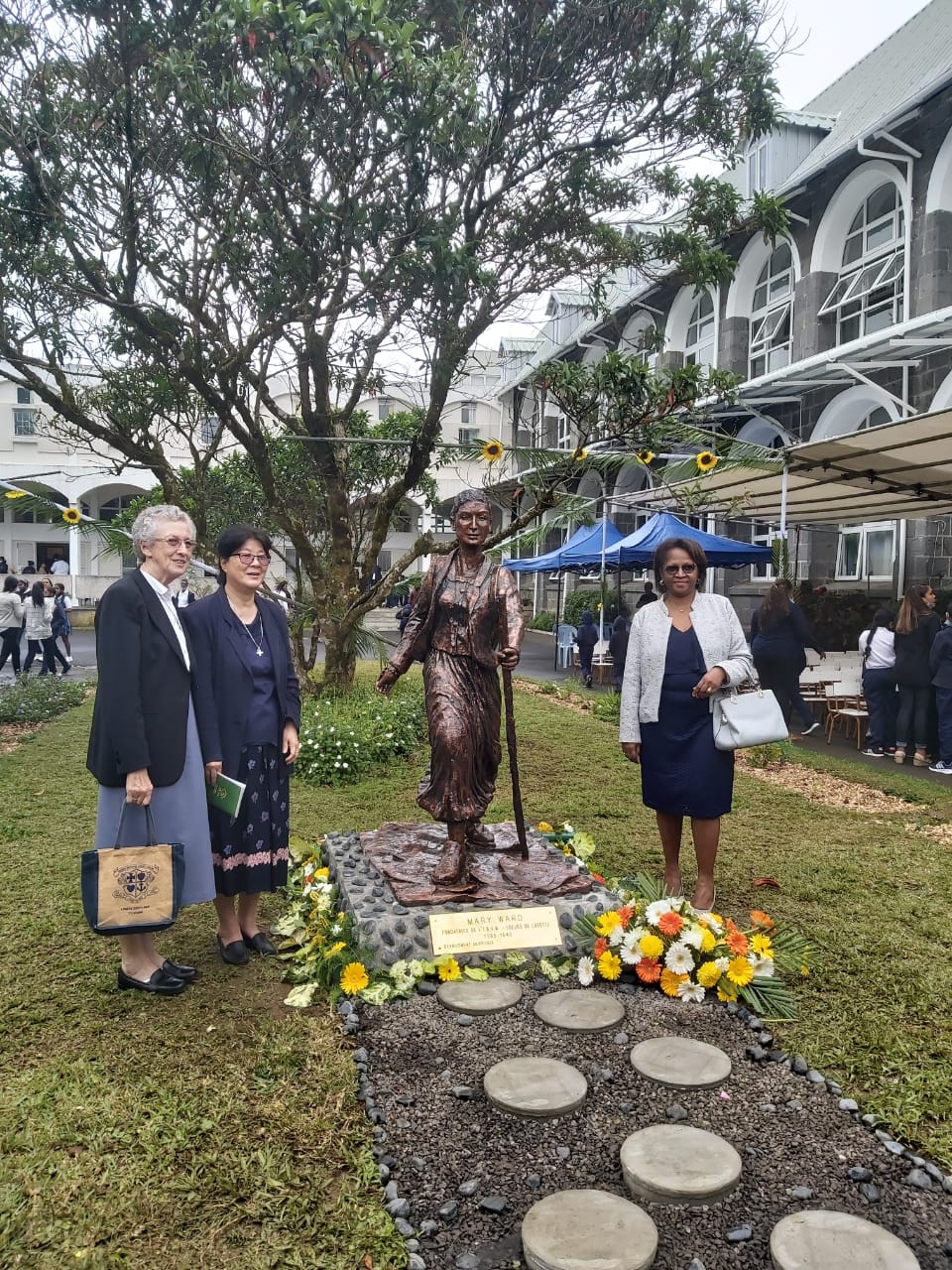 IBVM and CJ in Philippines